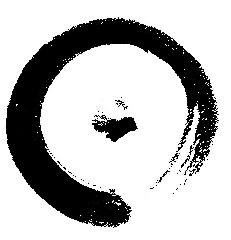 Once this fundamental question is answered, then one can start the path to transcendence, and ultimately, ascendancy...however, those pesky barbarians at the gate and their rampant breeding could ruin it for me...unless they're tired of their systems they follow and desire a sense of enlightenment apart from the forced conditioning that makes them no better than cattle to be bred and multiplied for their collective's vain conquest of the material world.  ¶ 9:22 AM
Saturday, October 18, 2008
Convergence

The swordsman was replaced by the rifleman, years of sword training were useless against a novice conscript with a rifle, let alone a machine gun. IBM was left in the 1950's when Apple deployed the personal computer to the market in the 1980's, and so on with disruptive technologies.

Disruptive technologies happen, and they happen again and again without recourse for those on the receiving end. The only light at the end of the tunnel for such is the freight train of reality.

As men opt out of the current system of matriarchal governance in the West - as they become the "disruptive technology" to speak - we see the ever increasing amount of women, politicos, organizations of all types, etc. blaming men for being "irresponsible" with "suspended adolescence", and totally ignoring the cause of such - which these people created in the first place, and, of course, furthers the disruptive technology.

Nobody thought the "disruptive technology" would manifest itself as the male gender going their own way for better living apart from society at large. But it is happening. And it will continue. Western society will have to change and adapt, or be left in the dust.

I am finding out evermore my presence alone is enough to cause a disruption around women, married men, chivalrous men, etc. Seeing somebody single, free, and happy (and extremely content and at peace for that matter) is a great disruption to the current system that demands atonement only through woman - the high priestess that modern man must sacrifice to in order to obtain salvation in a society gone mad.

Of course, men will win, as disruptive technologies always do - you're reading this post on a personal computer, not a mainframe.
¶ 5:56 AM
Saturday, October 11, 2008
Perspective 137

For men, sexual fidelity of the woman is important - you've got to know they are YOUR kids, but emotional fidelity is not as big an issue. Man shares her with the kids - as being parents entails, so sharing her with his parents is no big deal. Woman, on the other hand, demands emotional fidelity, often more so than sexual fidelity. Women survive on emotionalism and sharing him with his parents is unacceptable, and his friends even more so. Thus she insults him, when in reality, it is her own selfishness showing. I'll have no part of this manipulative nonsense in today's modern woman. Parents, friends, etc., I've known them before her. She can adapt or be asked to leave.