Hence, I think love is really not possible with the modern woman. Lust, yes; infatuation, yes; deception, most certainly; but love? No.

From a male point of view a relationship with western woman of today is at best an unpleasant compromise. "Love" I think is like "fairness" - an artificial construct, good perhaps, but a goal more than reality.

True love went out the window when feminism came in. For better or worse a man wants to spend his personal time with a feminine woman, not a masculinized female competitor. That is not what makes his world go around.

Also, we need to make note, as we all have seen, man has become feminized, or more aptly put - the rise of the epidemic of the NiceGuy - during this masculinizing of woman in our modern era.

Then you have us on this blog, we're sitting on the sidelines watching the show, or more perhaps giving a play by play analysis as a broadcaster of a sporting event might do...maybe we should do more...but what incentive is there - especially now?...the summer is here, the cognac is good, the cigars are excellent, bachelorhood is grand, and the world is big with plenty of feminine women elsewhere...western woman made her mess, let her fix it.
¶ 4:00 PM

Men do most of the initiating and are turned down most of the time. That is simply the way it is. And she turns down most initiations. That is life, both men and women are used to that dynamic. However, she initiates very little, but is far more successful percentage wise because he knows that when she initiates it is a far more serious matter than when he initiates.

I don't think the average man on the street "wants" to initiate per se, because he will lose most of the time at it. Who wants to do that? But I think he knows if he doesn't initiate, she probably won't initiate, so if it is going to be done he has to do it...ala "real man". However, when she does the initiating it is a much more serious matter from the very start, because she has already made a decision that he usually has to convince her to make (whether by his luck per a NiceGuy or his skill per a Player).

I don't think it is old fashion for the man to initiate, but still the standard.

Woman prefers to say "Yes" or "No" (like a Queen on a throne to her subject - yes, kids, whether you're a lucky NiceGuy or a skilled Player, you're still serving the Queen by your initiation) to his overtures rather than be told "No" by him. He, however, is told "No" all the time so he is used to it. One more woman telling him "No" is no big deal, a man telling her "No" is not too well received - in fact, it can be permanently devastating.

It is common among spurned women to be devastated for life after the one they wanted rejects them. Women will talk in secret to their friends about the certain man (not their husband) who they really wanted, but were rejected, as if a love story went horribly wrong. Like the King rejecting the Queen in the presence of his court...it is a real beheading for a woman (figuratively at least).  ¶ 11:25 AM
Saturday, June 28, 2008
It's The End Of YOUR World As YOU Know It

It seems natural for women to project their miserable lives on you or a greater audience, if their lives suck then everybody's must suck and the world is coming to an end or about to implode into peanut butter and jelly or something. Woman - "Emotionalism" be thy name.

Now, men, in general, are optimistic, they got logic and a systematic mindset on their side.

We can trend a lot of things and make conclusions from them, using leading indicators as a guide when to divest, move on, and don't make the same mistake again. That's good, it means we're not asleep at the wheel of life, and will make the appropriate corrections. "Make corrections" being the modus operandi, not launch into an end of the world scenario.

Put a bunch of women together, and you won't get solutions - only complaining and whining. Men should consider if they act like this or not...for it is everywhere in our American society...and you might get some of this whining and complaining on you if you are not careful.

I've noticed that we don't solve problems anymore in America, and no doubt the larger West as we know it. Instead, we like to organize and study the problem in different ways (advanced whining and complaining), but never provide a solution to it. Managing problems is not solving them, just buying time for a greater disaster to come in the future.

So it might be the end of YOUR world as YOU know it, but it is the beginning of MY world as I know it...'cause I'm going to make a peanut butter and jelly sandwich from your imploding world and call it lunch.  ¶ 6:55 PM
Wednesday, June 11, 2008
The Queen Tempts...The Chessmaster Laughs 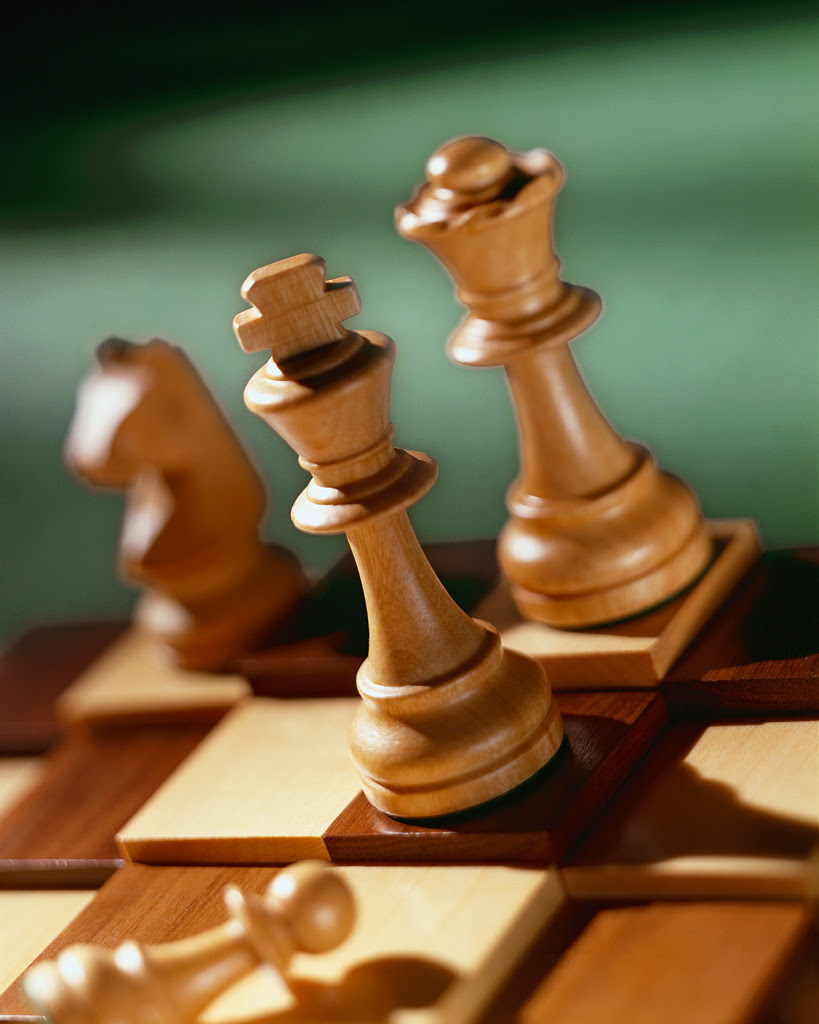 When novices move out their queen during a game of chess, their well meaning attempt at using her usually becomes a desperate attempt to save her. Also, when novices see their opponent move out the queen they immediately try and attack her. The queen is the most powerful piece, but not the most important or most valuable piece like the king.

The novice has quickly lost focus on the strategic nature of the game of chess and shifted his mindset to protecting or attacking the queen in these cases, and forgetting about the whole point of the chessgame is to attack and checkmate the king - the queen is just another tool in his army to facilitate such.

The queen, like woman, can be an asset or a liability, and you must remember to use her to your advantage - at a time and a place of your choosing during the great chess game of life. Never forget the grand strategy of your life (simply put: What do YOU want to be, or do, or create, etc. in life), otherwise you will be reduced to focusing on the queen as the end all of the game, and miss the whole point of life.

The woman will tempt you to be a Real Man(TM), or sensitive man, or whatever else might be her current flavor for you to be for the hour, day, month, etc.

"Defend me!" she will cry. "Real men defend women!" she will smugly assert.

"Let me be independent!" she will shout. "A modern man respects a woman's independence!" she will authoritatively demand.

And the chessmaster, watching your nonsense, will laugh as he easily dispatches you.
¶ 6:45 AM
The Bright Mirror reflecting masculinity for men. Saving your ass from the Matriarchy whether you like it or not. Shattering delusions so reality is clearly seen. You are ready, and the master has appeared.