<$BlogRSDURL$>
Mirror Of The Soul
Tuesday, March 25, 2008
Strategy And Tactic

If we look around us, we see chesspieces everywhere in our lives - and give them the proper designation - king, queen, rook, bishop, etc. We might ask ourselves if we use them tactically for short term gain or strategically for long term victory.

I think most people use them tactically, which is fine - actually, it has been noted that chess is 90% tactics - but the 10% strategy ultimately wins the game. Using such chesspieces we see in our lives both tactically and strategically is the winning combination.

Consider the disastrous state of relationships between men and women in America. Both are in a cold war with each other - if not a hot war in the work place...only the naive think otherwise, and consequently learn the hard lesson by direct experience....once you get nuked, you tend to remember it.

Women use men in a tactical sense first - they extract the greatest amount of money, time, and labor from them, and use the power of the feminist legal system to discard men accordingly and then move to other prey as this process repeats - their grand strategy.

Men might try to use women tactically (for a "hook-up" - taking advantage of the promiscuous culture, or for just a date - I like this woman, I think I will ask her out), but there is a greater risk involved - false rape allegations, false pregnancy claims, contracting STD's as previously posted, etc., and with the subsequent consequences - being an innocent man in jail, paying child support for children not theirs, having your nuts fall off, etc.

Strategically, men should keep their lives in focus on their goals (health, wealth, and success - not necessarily in that order), and occasionally deal with women at a time and place of their choosing (away from the government harem as I will describe below).

If we consider, that through the feminist legislation governing America, that women collectively are really in a government harem, then when men have relationships with women - dating or the occasional "hook up" - they are actually in a sense stealing from the government harem, and if caught - see above - they suffer the consequences.

And marriage has been reduced to the simply "legal" transaction of renting a woman from the government harem at an exorbitant price.

Far better would it be for men to develop a strategy to deal with women in America - avoiding them, having limited contact with them or only when absolutely necessary, not being a "real" man and falling for outdated chivalrous notions, definitely not even considering marriage, etc. - all if considered and followed will keep the government harem out of their lives.

Save the tactical approach to women in other places of the world where women are not contained in a government harem - and where men and women can both be free individuals to enjoy sound relationships with each other (the grand strategy if you want a decent woman in your life) - that's a winning combination for checkmate against the feminists.  ¶ 7:48 AM
Sunday, March 23, 2008
Happy Easter

Mirror, Mirror, on the wall, tell me what this lady is saying - something is very wrong with it all!

What she is really saying is that if the woman in a man's life does not give him any type of validation for living, validation for purpose, validation for being, etc., he will seek another woman that does. Therefore, a man's only validation of worth, of purpose, of existence in life comes at the hands of a woman.

Yep, that is what she said.

Now, validation comes from above (God, Jesus, Buddha, the alien overlords, etc.) not from below (woman).

What subtle slight of hand this woman has employed to deceive those men not to look into the mirror of their own conscience for their reason of being - but instead directs them to the woman for their conscience of reason for being - such deception, such manipulation, such anathema!

The Mirror will shine twice as bright...

“The cheating was his decision to repair what’s damaged and to feed himself where he’s starving,” Schlessinger replied. “But, yes, I hold women responsible for tossing out perfectly good men by not treating them with the love and kindness and respect and attention they need.”

This sounds good on the surface, and MRA's will fly banners in praise of this woman's name...for their savior has come to speak up for them! Hallelujah!

The Mirror is not so easily fooled, consider what she is really saying:

Woman, holy be her name - she can create a man (love him, respect him, give him attention, etc.) and she can destroy a man (toss him out)!

Man is dependent on woman for his success or failure in life. That is what she is really saying.

"He has his future life plans with you, his dreams, his whole mind, body and soul was wrapped up in the promise of you. If you now turn that back on, all that stuff you turned off because ‘I’m busy’ or ‘I’m irritated’ or ‘I’m annoyed’ or ‘I’m self-centered’ — if you turn that around, you have that man back.”

So what she is saying is this:

And don't forget to read all the typical feminist blame and shame the man responses laden throughout the article either - from this woman's opposition!

The Mirror finishes in grand style...

Then have this so called pop-star woman doctor (maybe high-priestess is a better term) use this situation with this governor guy as a platform for the divinization of women?

Who is prostituting who here?

Sit by the river and watch the bodies of the feminists and the traditional women float by in their battle to exploit and use men - whether overtly by the feminist laws or covertly through deception and manipulation - because entering to fight on either side in this battle you will always come out a loser, but by staying far away from it you will obtain peace of mind. Shine like the Mirror and live your life.  ¶ 6:56 AM
Tuesday, March 11, 2008
Contamination Nation 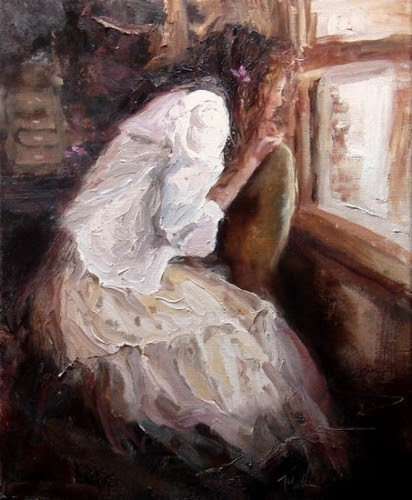 "About 3.2 million women between ages 14 and 19 had human papillomavirus, chlamydia, genital herpes or trichomoniasis. That number would be even higher if less-common diseases such as HIV/AIDS, syphilis and gonorrhea were included in the analysis, according to the report released today by the U.S. Center's for Disease Control and Prevention". Full Article

A country is a man's country.

A child of a woman can be any man's, unless that child knows the father from his country.

A man is not a fascist because he loves his country.

A man is not a racist because he loves his family.

In the name of equality, women steal our territory.

In the name of equality, women steal our jobs.

In the name of equality, women steal our means of production.

And in the name of equality, women have babies that are not ours.

Feminist "equality" is a Marxist fifth column activity against our countries.

We are not getting any new generations, we are unable to maintain a well-functioning society with women in politics, and will collapse like all other Marxist regimes have.

We are met with demands that the safety of anyone is more important than the freedom of everyone, and the Marxist state grants us rights, which only our Creator has the right to grant.

Feminist "equality" is a Marxist way of destroying our culture.

All men must understand this!  ¶ 7:52 AM
The Bright Mirror reflecting masculinity for men. Saving your ass from the Matriarchy whether you like it or not. Shattering delusions so reality is clearly seen. You are ready, and the master has appeared.