<$BlogRSDURL$>
Mirror Of The Soul
Saturday, January 26, 2008
Strong And Independent Women...Or So You Would Think


I had another career chick I know have a meltdown on me this week, but at least she knew the root cause, and I quote from her nice little monologue to me:

After this monologue, she broke down crying...for a long time...like a little girl - here she is crying before me - manifesting 40+ years of feminism?, or equality? or strength? or independence?

Her failure is complete...checkmated by the reality of her situation.

Yet, not just her, but I suppose many other women are going through the same thing - the writing on the wall is here - cats, loneliness, and bitterness...not necessarily in that order either. It could get very nasty...take cover.

Then, there are women approaching their 30's, they also see the writing on the wall, but interestingly enough, are actually folding under pressure from the marriage strike - wide spread and growing each and every day.

For example, there is this other woman I know, very close to her 30's, who does not even bring up marriage with men because she already knows men will not be suckered into that anymore. She is desperate to just have a man to call her boyfriend, and the possibility to have children. The reality check is this woman is very attractive, not the usual fat cow moaning as we always hear about in the Anglosphere. It seems all the suckers have dried up. The fact that women - and all types at that - are starting to realize marriage is dead on arrival, is an interesting sort of shift I have noticed.

Now, yet even a third woman, that does hang out with me regularly - she also realizes marriage is dead on arrival with men - on one hand she does annoy me often because I have a very productive life pursuing my personal endeavors and she tends to cause the masculine experience (me) to meet the feminine temperament (her), but I'd rather just take the masculine experience, and pass on the rest of that line - but on the other hand she cooks pretty good and she is fun for sex. Indeed, those used to be the two things women were taught to keep men happy - full stomach and empty balls...it seemed to make both the man and the woman happy...obviously, feminism and its alleged drive for equality of the sexes has not.
¶ 2:27 PM
Saturday, January 19, 2008
Perspective 125 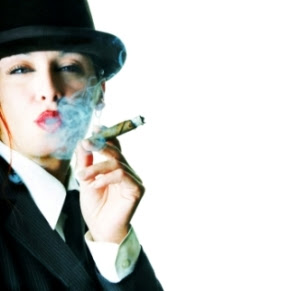 A woman does not need sex to attract men. Just her being feminine will do it all the time, sex will only do it at closing time. Feminine is always attractive -and the attributes that go with that - sex being one of the components, but not the totality.

And which women on earth are the least feminine? How about the ones with the highest divorce rate and the lowest marriage proposal rate on earth...women in the US and the greater Anglosphere where they have been reduced to market their very basic commodity - sex - because they have ceased to market or more accurately do not have the ability to market anything else but that.

Can I get intellectual stimulation from a man? Yep.

And are they more geared to my masculine sensibilities? Yep.

What I want from woman is the feminine, not the masculine. I've got that. I don't need another one.

But what do women want to dish out today: the strong masculine view.

The only problem modern woman has is she does not want to be a woman. Even women who say they like being women try to act like men. It is almost as if women have come to loathe being women.

The only acceptable politically correct woman is one who refuses to be a woman. And then women wonder why their lives are messed up...they dismiss themselves.

They take themselves out of my purview.

The very moment they begin acting like they've got a teste or two, bye. I ain't interested in no woman permeated with masculinity, as most women are these days.

Furthermore, they think its okay to define themselves in masculine terms -- "strong" comes to mind -- and be that way psychologically -- masculine -- but all they are doing is setting themselves up for lonely lives (the poor kitty cats which must suffer under their reign).

As woman wants man, she finds he has little interest in her because of her aforementioned masculine qualities...thus the epidemic of single women in their 30's and 40's thinking femininity is sex and sex is femininity - sex is an action, not an attribute.

The story of humanity is the masculine experience meeting the feminine temperament.

Unfortunately, most gay men these days are more feminine than most women -- at least in the US.

And the record divorce rate and the historic low proposal rate reflect that exactly.

When a woman becomes a man psychologically -- and they have -- the only thing men will use her for is sex, because they don't want the rest - because the rest is masculinized.
¶ 4:06 PM
Sunday, January 6, 2008
The Janus Generation

The "Baby Boomer" Generation - the ridiculous old farts in their 60's about now - having failed miserably in all endeavors, most noticeably by creating an anti-male, matriarchal, feminist culture and selling their sons out to it - as clearly seen by any man living in the Anglosphere - have provided the opportunity to look back on this and realize what type of men composed that generation and look forward on not ever being like them.

Hence, our generation, the men in their 20's and 30's have become the Janus Generation - seeing clearly what has happened in the past and going forward with corrective measures - avoiding the marriage/divorce industry and anti-male culture in the Anglosphere - to pursuing our own interests for our own benefit, and creating order out of the chaos which the Baby Boomer Generation has caused.

This is our generation - The Janus Generation - to be defined by us and how we see fit, not to have some old aging men and women of a collusion of sorts in their 60's deciding what our generation will be called.

Janus, the ancient god, clearly represents our generation - we see the results of the past before us, and the progression that we can make from it to new beginnings.  ¶ 7:00 AM
The Bright Mirror reflecting masculinity for men. Saving your ass from the Matriarchy whether you like it or not. Shattering delusions so reality is clearly seen. You are ready, and the master has appeared.