<$BlogRSDURL$>
Mirror Of The Soul
Saturday, October 27, 2007
When Worlds Collide

Coming from an old world background, where the children take care of their aging parents and the definition of family means the past, present, and future, I have often gone to war against the American women that have married into my family as regards to this concept.

The reason is that these American women are looking for a worshiper and slave for them - their selfishness is completely exposed by this. The man who takes care of his parents, spends time with his siblings, etc., is a poor slave to them. She demands the man forsake all and obey her, to say.

What is truly appalling is that many men are lead astray by these American women, and it usually takes people such as myself to bring the hammer down on these women, as well as employ the "queen" to take them out as I play real life chess against them - the "queen" being the old matriarch(s) of the extended family for use in scorning and ridiculing these American women for such contemptuous thinking and trying to cause instability and inadvertently destroy the extended family.

Furthermore, American churches - new world churches to say - codify this in their concepts of marriage between a man and a woman - their unity is more important than the totality of the extended family's unity, and fill such church going American women with this nonsense. Old world churches do not - they know better - because extended families are much more cohesive and powerful to society then just a man and a woman or their nuclear family.
¶ 8:32 AM
Tuesday, October 16, 2007
Perspective 121

Sex. That is the answer, has been the answer, will be the answer. Sex. It is what it is, and that is the part women have the hardest time dealing with, they think there has to be more to it.
There is not: He wants sex. It is singular, it is focused, and regardless of what women think, he is not going to change. Sex is the bottom line, and she can work with it or she can complain about it. The choice is hers.

It is also curious that 99.9% of the rapes happen to women of childbearing age (some 93% in the teens) and 99.9% of the time it is a bad boy. Despite what feminists say, there is a sexual/reproductive element to rape.
I covered crime as a journalist for many years, and I was always struck by the fact that of all the hundreds of rape cases I covered involved only one non-handsome rapist (he was also charged separately with murder and arson -- all around bad guy). The rest were good-looking men, and then it dawned on me one day these were the bad boys women gravitate to -- as their genes express -- and the bad boys committed rape -- as their genes express.

This is not to condone rape, but it is to say it is not the crime feminists make it out to be -- anger towards woman. I think there is a large sexual component at work, on both sides of the aisle. I think the "anger" tact is to intentionally exclude her behavior from the equation, thus creating artificial reasons why.

There might be some men who are disturbed angry, but to be honest, I think the entire approach that rape is just violence and using sex as a weapon is more fiction than fact. I think sexism, egoism, and plain old desire are -- individually or collectively -- more the cause of rape than disturbed anger.

The serial rapists -- the Ted Bundys -- yep, those guys are at the end of the spectrum and we can agree they are motivated by violence. But the situation rapist -- the ones who end up in court -- usually aren't "disturbed" or "angry" or have a history of violence per se. How do we explain them, the majority?

Then there are the cold facts-- most rapists are young men and most rape victims are young women...prime reproductive age each. Not too many 44-year old men rape nor are many 44-year old women raped. But as the young woman is looking for the bad boy and finds him and he is a bad boy which causes the rape. As I said, I am not condoning rape, but I seriously doubt it is as feminists have positioned it -- just an act of violence motivated by anger against women. I mean that is almost a caricature.

Let me be so frank as to say almost every man has been in the position to be a rapist many times in his life. Both furnaces are stoked to red hot and she at the last possible second decides no and only verbally.... and all it would have taken was one momentary push to cross the line from heavy petter knocking at the gate to rapist in the garden -- and no anger involved at all, just the intensity of the moment. Rape is wrong, but I don't think it is always and pervasively the debased act of violence feminists style it as.

In fact, in a celebrated California case he and she were petting heavily. They are naked and wet and ready - then she says she should go home. But, she keeps petting and stimulating -- as does he -- and a second time she says she should go home, and they continue to rub naughty bits et cetera and then have sex. He was convicted of rape and is serving a double digit sentence. The court decided her saying she should go home meant "stop" and regardless of her continued stimulation and participation in the events that led up to sex - she was raped. I think it is indeed time we redefine just what is rape.

My SOP (standard operating procedure) is tell women nothing of any substance, either emotional or informational until they get off their ego-ride of dating and start to get serious about a relationship in an mature manner. Of course, serious relationships cannot happen with American women, and to a large extent Anglosphere women elsewhere, because the feminist culture has them in arrested developed as perpetual victims, so as a man, you're always the perpetrator.

Not to worry, sex with American or Anglosphere women is boring at best, transactional at worst. Now, foreign women - sex and relationships...well, you'll have to find out that one on your own - but you won't be disappointed.
¶ 7:31 AM
Friday, October 5, 2007
The Wheels Of Gods Grind Slow - But Exceedingly Fine

The grinding into powder of those that sought to destroy the innocent continues.

The lawsuit calls the criminal case against Reade Seligmann, Collin Finnerty and Dave Evans "one of the most chilling episodes of premeditated police, prosecutorial and scientific misconduct in modern American history."

The lawsuit was filed about a month after city officials met with lawyers for the families seeking a $30 million settlement and several legal reforms, two sources close to the case have told The Associated Press. The attorneys gave the city a month to respond or face a civil rights lawsuit.

"This is not about money for the boys, though obviously they deserve compensation," said Richard D. Emery, a civil rights attorney representing Seligmann. "This is about sending a message to public officials who only get the message when they have to pay the money."

Long ago on a men's rights forum, it was said the lace curtain was on fire, well, the whole feminist temple is on fire now.
¶ 11:16 AM
Wednesday, October 3, 2007
Macrocosm MGTOW

If allowed to go their own way, New Englanders "probably would allow abortion and have gun control," Hill said, while Southerners "would probably crack down on illegal immigration harder than it is being now."

Interesting use of the MGTOW phrase, eh? Coincidence or not?

I've talked to many people that have the same thinking, sooner or later, the US will split apart into different conglomerates of states...as any empire...I mean...republic...usually does over a period of time...it just happens and people go on with life.

The liberals with their feminist utopia in the North, and the conservatives with their traditional utopia in the South - both with women out to use men for their own selfish purposes - overt man hating women in the North, and covert manipulative traditional women in the South. The more things change, the more they stay the same.  ¶ 9:28 AM
Tuesday, October 2, 2007
Stand and Deliver 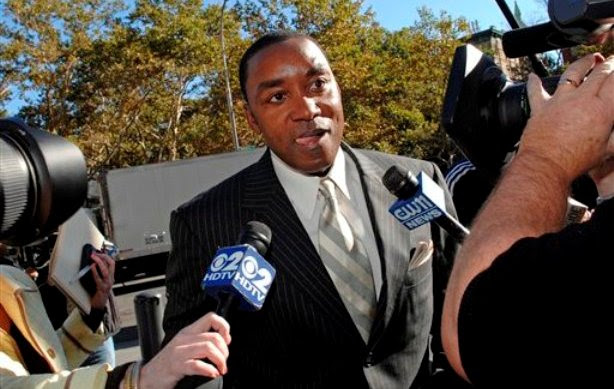 Isiah Thomas is not taking it, he is going to appeal the guilty verdict in his sexual harassment case.

Good for him...check out the video embedded in the article where Isiah stands and delivers his message - bold and confident.

Note the following at the end of the article:

"By the way, there's a negative to all this," said Reisman. "Many years ago, people found their mate at work. Today, there are many workers who are sensitive to these issues and who don't go forward and approach another co-worker and try to start a relationship with them" he said. "I'm not saying it doesn't happen anymore, but I'll bet it doesn't happen as frequently as it did."

I would not say this is negative, this is good, men (although he uses the word "people", it is implied toward men) are learning to avoid any discussions with women at work, do the job at hand, save their money, and build their future apart from the career chick spinster women surrounding them.  ¶ 9:11 PM
The Bright Mirror reflecting masculinity for men. Saving your ass from the Matriarchy whether you like it or not. Shattering delusions so reality is clearly seen. You are ready, and the master has appeared.