According to a certain person, a number of years ago Matsuguma Kyoan told this story :
In the practice of medicine there is a differentiation of treatment according to the Yin and Yang of men and women. There is also a difference in pulse. In the last fifty years, however, men's pulse has become the same as women's. Noticing this, in the treatment of eye disease I applied women's treatment to men and found it suitable. When I observed the application of men's treatment to men, there was no result. Thus I knew that men's spirit had weakened and that they had become the same as women, and the end of the world had come. Since I witnessed this with certainty, I kept it a secret.
When looking at the men of today with this in mind, those who could be thought to have a woman's pulse are many indeed, and those who seem like real men few. Because of this, if one were to make a little effort, he would be able to take the upper hand quite easily. That there are few men who are able to cut well in beheadings is further proof that men's courage has waned. And when one comes to speak of kaishaku, it has become an age of men who are prudent and clever at making excuses. Forty or fifty years ago, when such things as matanuki were considered manly, a man wouldn't show an unscarred thigh to his fellows, so he would pierce it himself.
All of man's work is a bloody business. That fact, today, is considered foolish, affairs are finished cleverly with words alone, and jobs that require effort are avoided. I would like young men to have some understanding of this.

Despite the nonstop twenty-four hour bombardment from feminized western media and brainwashed feminized western cultural drones surrounding you in day to day life about how the male species is simply incompetent, irrational, violent, worthless, and should be discarded to wastebasket of history and it is up to women, since they are competent, intelligent, rational, peace-makers, value adding to society and can save the world for everybody; it is good to know that there are still men that can see through this bullshit and are free from feminization and emasculation. There are not a lot of us around, but enough to get the information out to keep the fortunate few that might read these words of wisdom from becoming feminized and emasculated during these matriarchal times so they can also pass them on to the next generation that might find them. I can only show you the path; you must chose to follow it. Now, let us begin.

If you live in the western hemisphere and most likely the rest of the world because of a thing called satellite transmissions, you live in a matriarchal society. This is probably the first time you have heard the term matriarchal or matriarchy so let me explain. A matriarchy by definition is a form of social organization in which a female is the family head and title is traced through the female line and the definition of matriarchal simply means characteristic of a matriarchy. Look around you at the men you see in everyday life and what do you see. Is the man in charge of the house, the relationship, or what not, or is the woman in charge? If you said the man, you are dead wrong; it is the woman- and the justice and legal system support this concept, don’t believe me, just ask a recently divorced guy. Better yet, visit divorce court and watch it for yourself. Yes, my friend, the woman is calling the shots and making the man jump through hoops for her, seductively in dating and by force in marriage, and due to the heavy brainwashing in western society by the matriarchal media transmissions and the matriarchal brainwashed cultural drones, the man gladly accepts his role as the woman’s permanent slave, because he was not as fortunate as you to have this article in front of him.

Now, someone is going to say to me, what about chivalry? Chivalry is dead, amigo. Women are liberated and competing against you for your job, wealth, property, children, and whatever else they can get there hands on, and the matriarchal justice system, legal system and society supports them. Don’t believe me, once again, ask a recently divorce guy of what he thought was his before his divorce and ask the corporate suits in private what they think about women in the workplace – they will give you a very colorful answer. When is the last time you saw a woman wearing a skirt? It is power suits, pants, shirts, and ties for women now; some women even smoke cigars and drink beer and liquor with the guys after work, which used to be a male only traditional. Hence, women have morphed into a quasi-male type creature, scary if you ask me, kinda like the Frankenstein monster, you know.

Furthermore, just look at most of the men around you; they don’t look so manly do they? Out of shape, driving minivans or some small compact import, buying excessive amounts of useless items for their girlfriends or wives, afraid to shoot guns, drinking soymilk, probably hasn’t even had a good shot of cognac in a while, and most likely doesn’t even know that some vehicles run on diesel instead of gasoline, and I could go on, but you get my point.
Okay, you say, how I am supposed to survive in this matriarchal society until it collapses under its own weight or stupidity, whichever comes first? Ah, yes, good question, here is the answer in ten steps:

1. Don’t get married, forget it, you have zero rights in divorce court if you end up there from not satisfying your female master’s every whim. Don’t think cupcake will divorce you on a whim; think again, amigo – 80% to 90% of divorces are initiated by the woman. I will get a prenup you say to me, and good luck, I say to you. Prenups only hold up if the judge decides it will and because he is required to be pro-female by his constituents, who even though they are men and women, unfortunately, remember women control the vote, and he needs to keep his position so he cannot stray too far from being pro-female. You might be in there with your prenup at the time he needs to increase his quota of pro-female rulings to satisfy his constituents. Also, look at the success of marriage nowadays; it is under 50% around 38%. That means 62% of people entering marriage will be divorced – go to the casinos, you have better odds. So you still want to get married, you say? If so, try the Philippines or Malta, divorce is illegal there and you may have a chance.

2. Live a monastic-type life - praying, studying, mediating, and contemplating the mysteries of life and the universe. If for some reason you need a girl around, just cohabitate, single older women are better because they have domestic skills that younger women do not. There is less a chance you will marry an older women, and her child bearing years are usually past. Plus, if you cohabitate with a younger girl and are not a trained Jedi, you could end up marrying her or having kids out of wedlock– get ready for some hefty child support payments if that occurs.

3. Start getting in shape and working out, how many men today look overweight and can’t even climb a flight of stairs without stopping to catch their breath. This is primarily due to the fact that so many men today are dependent on the female species for everything. Sickening to say the least.

5. Start learning to eat right. You can’t go wrong with fruits and vegetables, beef, fish, poultry, yogurt, and oatmeal. This is a good article to read: Eat Right

6. Start to learn how to cook. God knows women can’t these days.

7. Remember to never seek validation from women. This is almost just as bad as blaspheming God. Seek your validation from a higher power - God, Jesus, Buddha, or the alien overlords, but never women. Too many men today seek women’s approval if they are right or wrong in regards to everything they do and women will gladly accompany them, because women can use it to control them. By doing this, women think you’re an idiot since it is not in their nature to endow validation but to seek validation from men.

9. Be content with what you have. If you want to improve your lot in life, do it for yourself and no one else. You have nobody to impress but yourself. Never try to impress a girl or pay for more than half the date. Should not this girl like you for who you are anyway?

Now, the path has been presented and you must decide. Will you seek the approbation of the Patriarchy as I have, through many trials and tribulations, even making sure you are strapped to the mast of the ship when passing by the sirens or will you become a matriarchal drone forever serving your female masters and the matriarchal society? Is there really a choice?  ¶ 1:56 PM
Wednesday of this week with had our Men's meeting at the usually bar down the street. One of the points that was made was in regards to women as managers in business. They can either come as two types:

A nuturing manager, kinda like a mom managing a bunch of kids in the office.

A decisive manager, with some attributes that you will find in a male manager (i.e., accurate decision making, ability to sort and sift through bullshit to find the facts, applies logic to all situations to weigh and consider inputs and there consequence outputs), but not up to par to survive solely on their own, but relying heavily on male support to see them through day to day decision making.

Women as nuturing managers get creamed in the business world by the fierce competition of business so you won't find many of these types of women managers holding high management positions in companies, if any.

Women as decisive managers also get creamed in the business world because, although they do have some aspects of a male manager, they cannot compete at the same level and hence become sore losers and emotional and turn into a bitch manager spreading discontent throughout their management staff, which utlimately leads to lack of goal congruence and underminds the company as a whole. 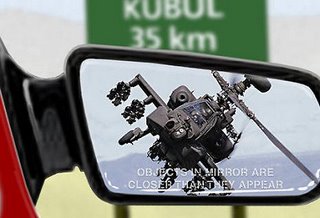 Time to take predatory females and feminists to task. Required reading is as follows:

Both can be ordered here.  ¶ 9:03 AM
The Bright Mirror reflecting masculinity for men. Saving your ass from the Matriarchy whether you like it or not. Shattering delusions so reality is clearly seen. You are ready, and the master has appeared.